1,500+ chefs to face off at World Food Championships at Fair Park in Dallas Nov. 5-7

Another food fest is on the menu for hungry Dallasites this month.

An “Olympics of Food” event called the World Food Championships (WFC) will take place for three days starting Nov. 5 at Fair Park in Dallas. WFC’s competition and Flavor Fest will present a series of tasting events and host more than 1,500 cooks in a “food fight” that rewards winners with a $300,000 prize purse. 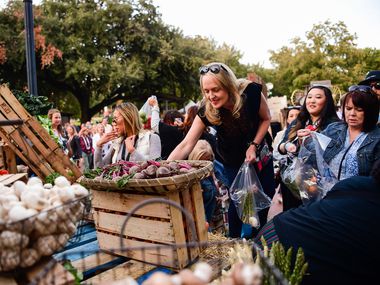 “As Texas and the world open back up, it’s exciting to know that we’ll be able to put our additional planning and strategies in play for the most robust and fun-filled food fest we’ve ever produced,” said Mike McCloud, President and CEO of WFC, in a statement.

Some events that stand out include the Brunch Bar where attendees can sip on mimosas, grab a coffee, and indulge in savory drinks from the Bloody Mary Bar.

Another event, called the Fire Woman, will pit four award-winning female pitmasters against each other for 90 minutes with “zero help.”

During the Biscuits & Jampionships event, ten finalists will recreate their recipe submissions in person at WFC for an esteemed panel of judges. The event is hosted in partnership the Dallas-based jam and jelly company, The Jelly Queens.

Contestants have to earn their way into WFC by winning a Golden Ticket at a previous competition.

Tickets start at $15. Find the full schedule of weekend events on the WFC website.