When COVID-19 canceled local food festivals last year, Manning used that free time to remodel the inside of the brewery. He was impressed by the assistance he received from family, friends and contractors.

“The East coast is not like this,” said Manning, who lived in Chesapeake, Virginia. “It’s unreal how people have helped me.”

Manning was introduced to Neapolitan style pizza while attending a 40th birthday party for a friend five years ago. After eating dinner at home, Manning arrived at the party and the host was cooking pizza in the driveway. Manning said he wasn’t hungry, but he tried one slice.

“I couldn’t stop eating this pizza,” he said.

So he learned how to make the dough and sauce from a friend and brought the idea of a wood-fired oven to Butler County. The oven reaches 1,200 degrees and can cook a pizza in 90 seconds, said Candace Turer, Manning’s fiancée.

Manning will be preparing wood-fired pizza this weekend at the Charm at the Farm festival near Lebanon while his fiancée manages the Fairfield restaurant.

Manning, who works in the human resources department at MillerCoors in Trenton, has seven children, six boys and one girl, and Turer has one son. All of the children help with the restaurant business.

He laughed that the family has enough children for a basketball team with two subs and one cheerleader. 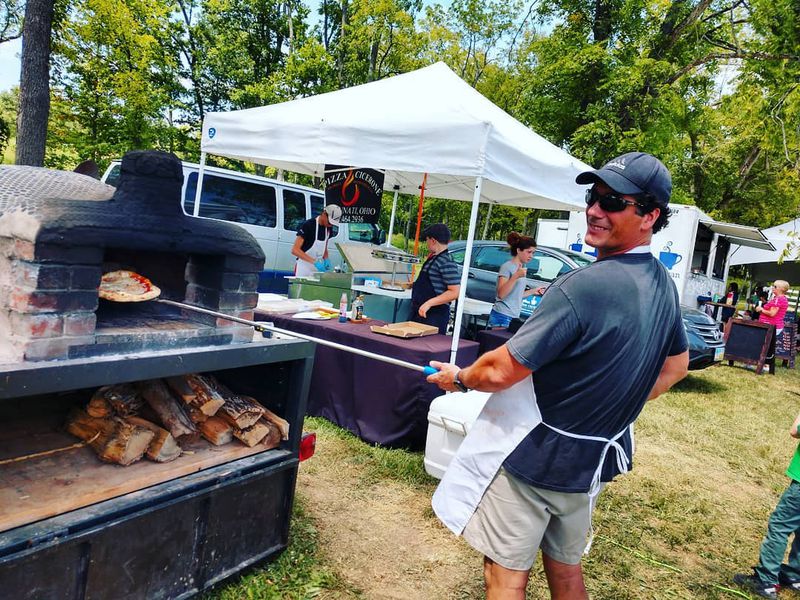